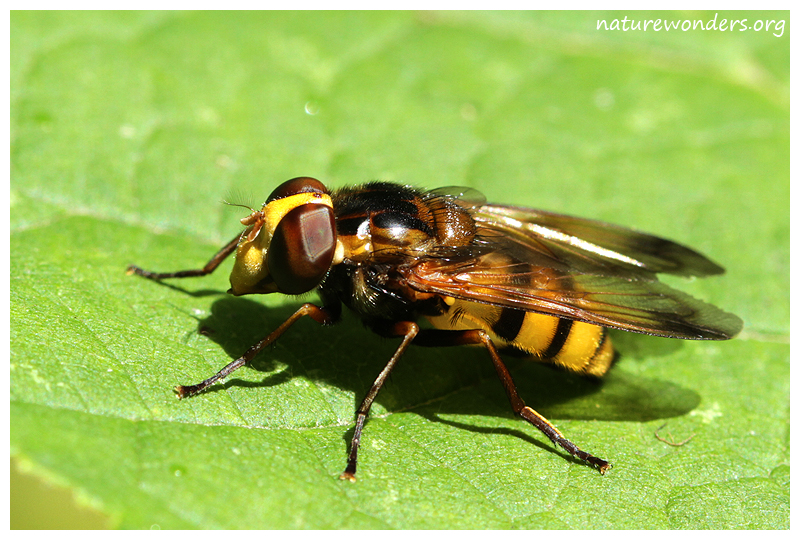 Description: They have three yellow bands on an otherwise black abdomen and thus closely resemble wasps in a form of mimicry. The first two bands are completely or partially interrupted by a black wedge. The head has feather-like antennae and the wings have darkened patches in the middle and on the tip.
V. inanis differs from V. zonaria in that tergite 2, scutellum and the pale areas on the thorassic dorsum are yellow rather than chestnut coloured. The most compelling identifier is that tergite 2 is yellow in V.inanis. The top of the thorax usually has black stripes which are often fused. V. inanis is also a smaller species, wing length 12.25 - 14.25mm.

Biology: Adults can be encountered from early July to early September, feeding on flowers of various species such as yarrow (Achillea millefolium), dill (Anethum graveolens), heather (Erica species), thistles (genera Carduus, Cirsium, and Onopordum) and Buddleja davidii. The female lays eggs in the nests of social wasps and hornets (Vespa crabro, Vespula germanica, etc.). The larvae of this hoverfly are ectoparasites of larvae of the wasps.

Distribution: This species is present in most of Europe, in East Palearctic ecozone, in the Near East and in North Africa.