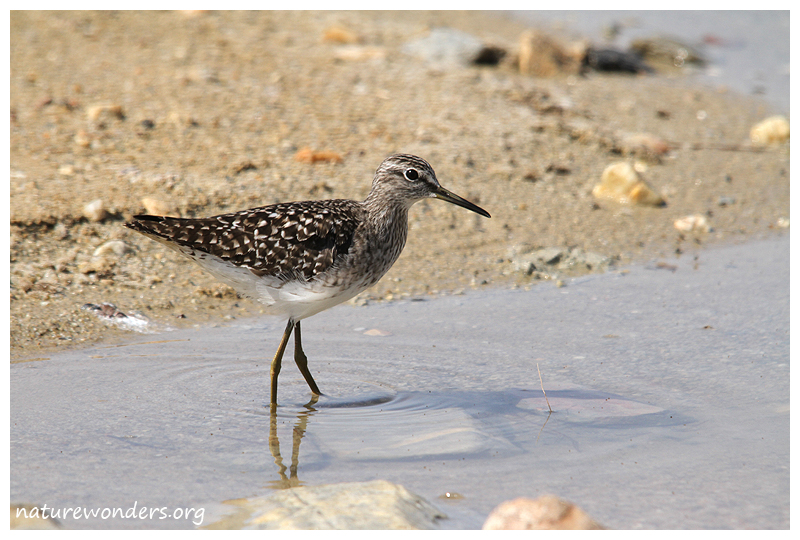 Biology: Whilst on the breeding grounds this species is chiefly carnivorous, taking small insects (up to 2 cm long), especially the aquatic forms such as dytiscid or hydrophilid beetles, Hemiptera and the larvae of Diptera such as midges. During the non-breeding season the species has a more varied diet consisting of aquatic and terrestrial insects and their larvae, worms, spiders, crustaceans, gastropod molluscs, small fish (up to 2 cm long) and frogs, as well as plant matter such as seeds.
The nest is usually a scrape on the ground amongst dense vegetation. It lays three or four eggs.

Habitat: During the breeding season this species inhabits open, swampy areas in boreal forest, scrubland between tundra and coniferous forest with willow, dwarf birch or spruce, wet heathlands, and extensive mossy, sedgy or grassy marshes. Outside of the breeding season this species is less associated with woodlands, being more commonly found in open areas such as the margins of inland freshwater lakes and reservoirs, muddy marshlands, grassy stream banks, sewage farms, wet paddyfields, small temporary pools, permanent swamps, flooded grassland and irrigation channels. It rarely occurs in coastal habitats, but may be found along the creeks of saltmarshes and mangrove swamps.

Distribution: The wood sandpiper breeds in subarctic wetlands from the Scottish Highlands across Europe and Asia. They migrate to Africa, Southern Asia, particularly India, and Australia. Vagrant birds have been seen as far into the Pacific as the Hawaiian Islands. This species is encountered in the western Pacific region between mid-October and mid-May.